2nd COFFEE WITH CHRISTOPHER — Clearing up the confusion of the LGBTQ+ information. Zoom show soon. 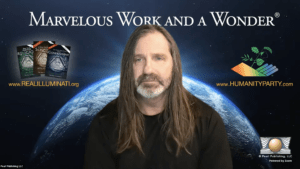 The proper way to create bodies is through scientific processes. The original bodies created for this earth were ungendered. Many, many years ago, selfish advanced humans created male and female bodies to be slaves; essentially, they were organic robots. The people who created these gendered bodies wanted to control the production process for their own purposes. They designed a woman specifically to produce new bodies. Her eggs are fully developed when she is a little girl. None of her life experiences has any effect on the DNA blueprints that she passes on to her posterity. A man, however, produces sperm perpetually and each sperm creates a blueprint of his brain, which changes throughout his life according to his experiences. The purpose of this was so that new bodies would evolve according to whatever was required of a human being at that time.

There was no homosexuality in the beginning because this would defy the purpose of creation. Over time, however, as men killed each other and there began to be a scarcity of men, the sperm of males at that time became weakened in their ability to pass on the appropriate coding and DNA that was meant for the proper human bodies. This flawed blueprint passed on from fathers to daughters, from generation to generation. Because it was the male sperm that weakened, the female traits began to be stronger, creating the attraction of males to males.

Although homosexuality is a flaw to the original plan, the original plan was an evil plan. No bodies should be created through sexual reproduction, passing flawed DNA on to new humans. Perfect, flawless DNA should be created in laboratories and used to create new bodies — bodies that are free from flaws. The Real Truth® is being provided to the world so that we can end the curse of sexual reproduction and begin creating the right type of human body asexually. No person has a choice of what gender they are attracted to. It is coded in their DNA. Therefore, no person should be condemned in any way for whom they choose to love, no matter what gender each person might be.