COFFEE WITH CHRISTOPHER — Today’s ZEITGEIST OF REAL TRUTH® Show: How the MWAW will condemn or exalt 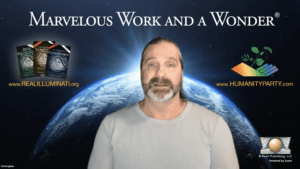 The Church of Jesus Christ of Latter-day Saints is very deceptive. Christopher used an example of a scripture in the Book of Mormon, 2 Nephi 28, the last verse, which was directly referring to this church and how they misinterpret the Book of Mormon. Everything its leaders write for their General Conference talks “must be accepted by the correlation department.” There’s not a general authority in that church that will ever be allowed to give any speech or talk that is not fully endorsed, edited, and controlled by the Church. The Introduction of A New American Scripture” (free to download online) provides an example of how an apostle deceived the entire membership of that church by misquoting scripture in the Book of Mormon.

Today’s Zeitgeist will explain why this message is the most important message in the world and why the world doesn’t pay attention. We’ll learn why we do what we do and why we make choices we make which will help us judge ourselves, whether we’re a good person or not. “The Real Truth® will either condemn or exalt a human being.”  The Real Truth® will resonate with us because it makes more sense than anything else in the world and it can also cause cognitive dissonance — the feeling we get when we hear something that doesn’t support what we already believe, yet makes more sense. That’s why we must become like little children, throwing out all we’ve previously learned from others, trusting only in what we’ve experienced with our own senses.

The Zeitgeist shows are for Christopher to deliver a message. He’s “not going to allow anybody to come on the Zeitgeist show and take it over.” He’s not going to allow anyone to talk to him about his past because it’s “not relevant to the message whatsoever.” He won’t befriend or joke around with us. He’s going to teach us the Real Truth®. He’s going to do everything he can to concentrate and speak slowly, without emotion, and without the passions that he has.

Christopher asks us to remember that he doesn’t want any friends or supporters and we won’t have to defend him. If any of us think that we “have any connection to the Real Truth®,” he asks us to raise our hand before the presentation. He will then tell us what he’s going to talk about and give us the opportunity to try to explain it first. During the course of Christopher’s explanation,  he asks us to take notes but continue listening to his whole explanation before raising our hands with questions. This is because he might answer our question as he continues his explanation. Christopher wants us to ask questions and get clarification on what we don’t understand. He will also accept challenges but he won’t argue with anyone.  He doesn’t want to hear about our personal lives. And he doesn’t read our emails, so sending them is a waste of time.