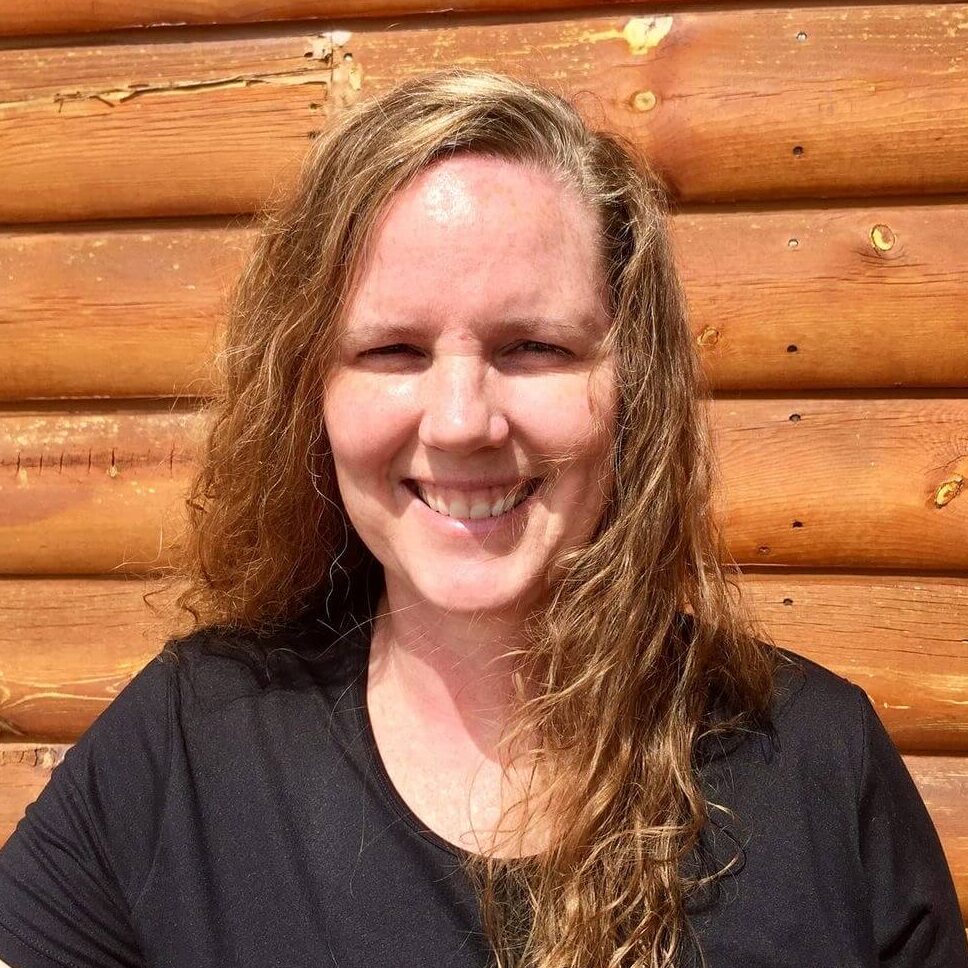 What I know for sure:

I remember having a conversation with my oldest son about 10 years ago when he was a teenager. He had begun to question some of the teachings of the Church we belonged to, which was the LDS church. I remember sitting him down and telling him, “whether you believe in the teachings of the church or not, doesn’t matter. The truth is the truth and when you die you will realize that the doctrines of the Church were right. So you might as well accept and believe in them now.” I said this completely believing everything I told him. I had no doubt that the Church was true and that I had been taught the correct way to gain celestial glory. Oh how far from my pedestal I fell when I found the Real Truth™.

I lived 40+ years of my life as a devout member of the Church of Jesus Christ of Latter Day Saints. I was raised in a strict Mormon home by my father, who was a seminary teacher, and my mother who was a homemaker for most of my life. Sundays were dedicated to our Father in Heaven. I was not allowed to watch TV, listen to any music other than church music, I had to remain in my church clothes all day and church attendance was mandatory. After church I could nap or write to the missionaries or go visit family, that was all that was allowed. So I slept most Sundays.😊

I was raised to believe in everything the prophet taught, no questions asked. I was told stories about people who did question the authority of the Church and its and doctrines, and how they all went off the deep end and started their own religions. So I was taught early on to be wary of and to avoid any literature that was not published by the Church and to steer clear of anyone who spoke against the Church in any way. My faith was based off of fear, but that faith was strong.

When I was 20 I met a returned missionary, got married in the temple, and started my life….the life of a good and faithful daughter of my Heavenly Father. Within a couple of years my husband and I started having children. I quit my job so that I could stay home and raise them. We have four children, two boys and two girls. I was a dedicated, faithful, loyal and devout wife, mother, and member of the Church.

I never looked for anything outside of the LDS church. My husband, on the other hand, did. Without Todd, I never would have found this Marvelous Work and A Wonder. He searched for the Sealed Portion on the internet and found that the Sealed Portion of the Book of Mormon had been written and was available to read. He ordered the book and devoured it. I had been disillusioned by the Church and some of its policies at this time in my life, and could see that the Church was not what I thought it was, or at least was not being lead by the same God that I knew. Still, I held on to my doubt and distrust of those who were so vehemently verbal against the Church or any other person or organization for that matter.

Previously, I had read other books that had been published by a Native American tribe called the Nemenhah. I loved these books. They also pointed out the error of the contemporary leaders of the Church of Jesus Christ of Latter-day Saints. The thing I loved about these books was that they lived in small communities so they would not overtax the earth and they were a matriarchal society led by the mothers of the tribe. This was done because mothers would do whatever they could to prevent sending their husbands and sons to war. They also lived in such a way that everyone’s needs were taken care of. They were all equal in everything and there were no poor among them. These books helped me to start my journey of leaving the LDS church. The Nemenhah books were “written” by Moroni. So when Todd told me the Sealed Portion was also “written” by Moroni, I decided to give it a chance. I began to read the Sealed Portion.

We did not find the MWAW until 2015-16, somewhere around then. By that time there were more truths being revealed than those found in the Sealed Portion. There were several other books that had been published besides the Sealed Portion. Todd ordered and devoured all of these as well. I was only halfway through the Sealed Portion when Todd finished all the books that had been published by the MWAW. He was very excited to share what he was learning. So he would tell me of these Truths that he had learned and it would trip me up in my own learning and understanding because I was not yet ready for those Truths. I stopped reading the Sealed Portion because I could not accept the things Todd was telling me that were being revealed as “truth”. The hardest thing for me to accept at that time was the revelation that there is no Jesus Christ. That the stories of his life were fiction. And that they had known this truth when they published the Sealed Portion but had been purposely deceptive about this so that they could lead the people step by step out of religion. I have always been vehemently against lying, so it didn’t seem right to me that anything good would be deceptive in any way. Not to mention the fact that I had always felt a close, special relationship with my savior, Jesus Christ. So, in my mind, this information could not be the truth.

I had a difficult childhood. There was abuse in my family and I suffered terribly from it. I did not feel love from my mother and did not desire the love my father offered. So I felt alone a lot of the time. The only love I ever felt was a deep feeling within myself that I attributed to the love of my savior. He was who I turned to when I needed anything. Prayer was a very important, necessary part of my life. I don’t think I would’ve been able to survive as well as I did without it. So you can see why I would struggle to accept that none of that was real, because Jesus didn’t exist.

Todd still read every post written by Christopher and listened to all the blog talk radio shows and never doubted anything. He would continue to share what he learned with me in the hope that something would eventually click with me. It didn’t. I did not like the way the message was being delivered with profanity and crude language. I understood why the message had to be delivered that way, but still did not like it.

I supported Todd in his belief of this work. I attended several gatherings that were held for the MWAW believers. But I kept everyone and everything at arms length. In August of 2020, Todd and I were invited to visit the mountain and meet Christopher. I was less than thrilled, but Todd was like a child on Christmas day. He was so excited he could hardly contain it. So I went along as a dutiful wife does. I did finish the book The True History of Religion before we went, but had still not finished the Sealed Portion. We had both stopped attending church as did all of our children. We all embraced the Humanity Party and all that it stands for. But I still had some hang ups with the Real Truth™. Mostly because of the way it was being delivered.

Once I met Christopher, my heart began to soften. He was so different in person. I understood that he has a public persona and a private one. I was able to see and recognize both. I recognized my own pride and ego and got rid of as much as I could.

Since then I have read most of the books, embraced everything I have been taught about the Real Truth™ and am constantly amazed at the logic and simplicity of this work and it’s message. It is all about love, it’s really that simple.

I KNOW NOTHING. With my acceptance of the Real Truth™, all of my old beliefs and faith have been shattered. I am like a child, realizing that I truly know nothing. I hope with this new innocence that I can become born again with a new skin that can accept all of the new wine that is being offered by our True Messenger.

I may not KNOW anything, but I do believe certain things

What I believe to be true:

I believe we are all equal Gods. There is no one greater or less than anyone else.

I believe that we exist in the mind of our true self similarly to the way we can exist in our own mind while we are asleep at night dreaming. There exists a perfect me in a different “realm” of existence where I will go once this mortal existence ends with death.

I believe that the love I always felt and attributed to the love of my savior Jesus Christ was actually the love that I was giving to myself. It has been me all along giving myself the strength and courage to face all the challenges of life. That is very empowering.

I believe that I hold the power of my own salvation. I do not need to wait for a savior to rescue me from my sins. I have the power within myself to learn and recognize truth when I hear it. I can guide myself, using the truth that I find to discover joy and peace for myself.

I believe that every human being deserves to have the necessities of life provided equitably for them for free. We all should have equal access to food, shelter, clothing, medical care, and education. These five essential living requirements should be provided to us all at no cost.

I believe that in order to embrace the Real Truth™ and take it into your heart you must be willing to get rid of everything you have learned and think you know. You must be willing to become “again like they were as a little child—more submissive, meek, humble, patient, and full of love.” (NAS book)

I love this quote from The New American Scripture book. It sums up perfectly what I feel we all need to do to find peace.

“The essence of your True God, your true power, comes from your ability to do what you feel is best for you—what makes you happy. There is no other way that a person’s brain can properly function towards the end for which the brain exists—to serve the needs of the individual by providing joy. If your brain is being influenced or powered by an outside source, you will never reach your potential and personal power over your own life. Your brain must be dependent upon and receive power from itself from one’s “True God” in order for you to reach and maintain the energy level of equilibrium that creates a physical feeling a mortal recognizes as joy.” (NAS book)