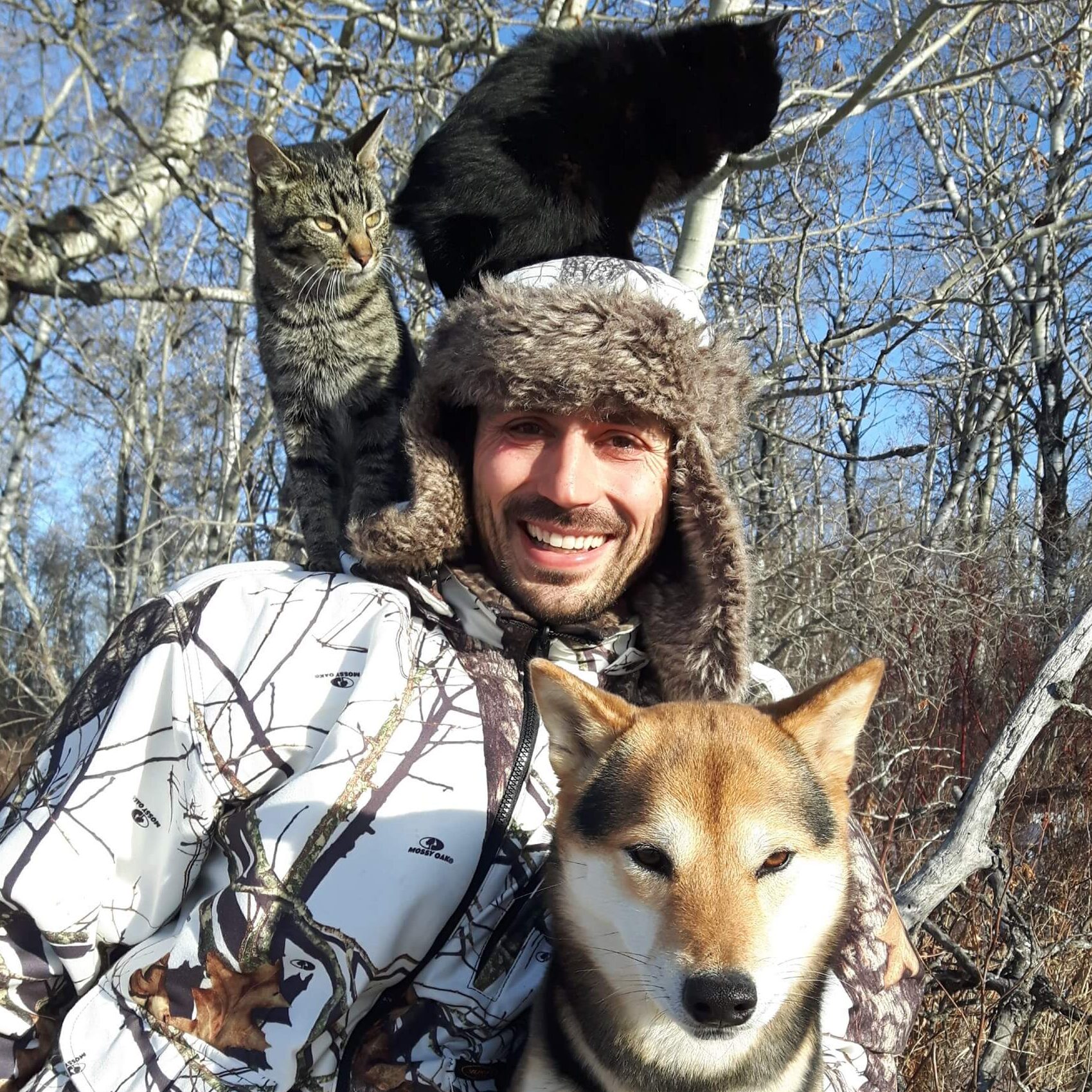 My story began in the Okanagan valley of British Columbia, Canada in 1985. At the time, my parents were living in southern California because my father had received a scholarship to play university hockey. They had limited health care, so they returned to Canada for my birth. After my father graduated university they decided to stay in California. The earliest memories of my life were spent in a trailer park in Poway. After a few years my parents moved to Ramona and built a house where we stayed for the remainder of our time in California.

Both my parents are loving, hardworking and dependable. They provided a safe, consistent home life and I have many fond memories growing up. My mother was a member of the LDS church, my father was not. My mother loved her church and was a very faithful member. She always made us go with her, often saying that one of the family rules was church attendance every Sunday. As a kid I didn’t enjoy church much. It was never something that I got excited about attending. I didn’t feel like I belonged there. I just wanted to have fun with other kids my age or play video games.

As I grew older the teachings of the LDS faith were ingrained in me. I believed it and I lived it, I had no reason not to believe. As a teenager I didn’t get in much trouble. I didn’t drink, do drugs, or fool around with girls. I eventually went on a mission to Minnesota in 2006 and I used that time to study the Book of Mormon as in-depth as I could. It was the only book of the few approved books that I read that I developed a deep appreciation for. My mind often turned to the brother of Jared’s vision. I wanted to know what was so mind-blowing that it had to be sealed up because even God’s chosen church couldn’t handle it. General Conferences came and went, year after year, and I grew tired of the same useless stories and advice told by the general authorities. I would leave the conferences feeling so empty and yet I saw others moved to tears from the same message. It was confusing but I still believed it.

In 2009, I got married in the San Diego Temple to my dear friend Emma. A short time later, we moved to Saskatchewan where I started my career in the RCMP. By 2012, I came to the conclusion that my religion could no longer give me the further light and knowledge that I was seeking. It felt like I was at a stalemate with the church, so I started researching just about every bit of “spiritual” knowledge this world had to offer. I wanted to know what information other experts had that I didn’t. I listened to channelers, gurus, spiritual advisors, guided meditations, astral projection coaches and lucid dreaming guides. I studied Kabbalah, chakras, reiki, tai chi and so many other “philosophies of men mingled with scripture”. Each time, I walked away knowing that they didn’t have what I was looking for. Lucid dreaming was the most entertaining to learn. Dreaming while knowing you’re dreaming allows the person some control over their dream environment. For a time, I turned to dreams seeking answers. Unfortunately, I tried to interpret many of my dream experiences through a religious filter which often led to more questions and confusion.

Eventually, in 2014, we came across a book online—a book that I had been waiting to read for a long time. It was a book that claimed to give a complete account of what the brother of Jared saw in his vision. That book was The Sealed Portion. The book wasn’t at all what I expected, but it was everything I needed to read. I’m not an emotional person. I’ve always dealt with this world logically and with common sense, not emotions. I basically never cry, but that book had me in tears in several places. The emotional connection that the book makes with an LDS person’s brain that has an appreciation for the Book of Mormon is incredible. In all of my searching, I’ve never experienced anything that even comes close to it. After reading it, my searching ended. The complete book of Mormon is a fantastic piece of literature and remains, to this day, my favorite story ever told.

The Sealed Portion and subsequent books associated with the Marvelous Work and a Wonder® affected me so profoundly that I saw this world completely different. I no longer wanted to be part of a system or religion that was the culprit responsible for this mortal experience being a literal hell for so many people. By 2015, I had left my religion, my career, broke down the expectations of my marital relationship and went back to being friends. Together we purchased an acreage and started a homestead. For me I wanted to have a completely different experience than the one I was having at the time. Emma wanted the homestead because of the security that came from a more self-sufficient lifestyle and the ability to work out in nature with animals. She is deeply introverted and has never liked being involved with many people. We live each day isolated in nature with our llamas, goats, cows, chickens, turkeys, pigs, and bees. We make most of our food with ingredients that we raise or grow on the homestead. Each animal offers something unique to the small ecosystem we set up. We have a great time and enjoy this simpler way of life.

In 2016, I attended the official launch of The Humanity Party®, the world’s first-of-its-kind political party that presents a clear, detailed plan to end poverty, inequality and child exploitation throughout the entire world. While there, I met other wonderful people that felt the same way that I did about ending poverty. Finally, I found my people, my tribe—a group of people united with a common goal, to care for the least among us. I’ve studied the proposals presented at great length. I’ve compared them to other failed governments and current governments. I have no doubt that Their proposals will work but also that there is no other way that the people of Earth can unite with one heart and one mind and have no poor among them.

The information that the Real Illuminati® have presented to the world through Their True Messenger has provided me with a key to unlock the chains of ignorance that bound me for so long. There is power in Real Truth™ and it can do the same for any person seeking for further light and knowledge. I would have paid any price for the information They offer to the world free of charge. Because of this They have my complete confidence, trust and support.