COFFEE WITH CHRISTOPHER — A Condemnation of ALL my “friends” and “supporters”: DEPART FROM ME! 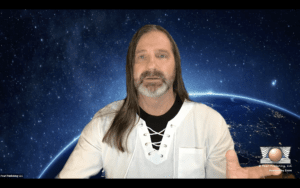 Christopher described the picture below as a “perfect photo that illustrates our world today and what it’s all about.” “People who support this stuff — the creation or existence of any predator in this world — you’re disgusting.” 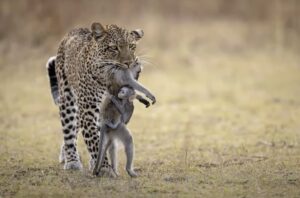 There’s no way that people on this planet are going to accept The Humanity Party® as a viable political plan. Humans don’t care about other humans. “The reason why people come to this planet in this solar system is so that they can prove to themselves that caring more about others than themselves is not conducive to their eternal joy and experience.” Christopher compared this world to a social media project that’s highly advanced. “The advanced humans who choose to come to this planet come … not to know the Real Truth® (because they already know that as an advanced human) … They come here to aggrandize their egos. They come here because of their pride and their ego, thinking ‘I’m of worth and I’m gonna go down there because in that … earthly existence … I’m gendered. I can have sex. I can enjoy an orgasm … I wanna be a popular person … I know that they have social media down there … I can have a Facebook account, Instagram account, Twitter account or whatever and put things about me out there that I want people to know — things that make them like me. I wanna go down there and prove that I’m a good human being.’” And we are no different than anyone else. In fact, we’re worse.

If we were different, we’d “listen to a guy who came up with the only usable, sustainable plan that could end poverty in this world. We don’t listen.” We have been told since first finding the work not to share it. Christopher admonished us over twenty times in this Coffee With Chris not to share what we learn. “If you believe in the Marvelous Work and a Wonder® that is presented by me, regardless of the source from which the information came, if you believe it and you support it, do not share it with any other human being upon this planet. … Do not share the information you’re receiving or the books, even an experience of finding this work with another human being. … You have no right to express your opinion.” “When you give your opinion, you are a terrible individual because all you’re doing is causing another human being to feel unequal to you or feel like you think you know more than [they] do … and that’s not how you should be. You should become like a little child with a broken heart and a contrite spirit and say, ‘I don’t know anything. I don’t even know if Christopher is who he says he is. I don’t even know if the information he says is true. All I know is this: As I take it into my mind, as I reasonably contemplate the things that he’s saying, it just makes sense to me, but, obviously, it doesn’t make sense to anybody else in [my] life.’” “Not a one of us can explain the details and doctrines, tenets, the understanding, the information that comes out of [Christopher’s] mouth. … It’s impossible!” “DON’T SHARE THIS WORK WITH ANYONE!”

Christopher has never believed that the things he was going to do were going to change this world. He’s doing what he was instructed to do. There is a plethora of evidence to prove that it won’t change, including the story of Jesus Christ and how the people responded to him and his message.  “The only thing [he] wants to do is put out the information [of Real Truth® that tells people how it really is] so that a human being, with their own free will and their own intelligence, can consider the information and either accept it or reject it — accept it if it does good for them and makes their experience in life better … reject it if it does not. That’s it.” Christopher is not here for any one person or any relationship. He’s not here “to be a son or a father or a grandfather or a friend or a husband or a lover or anything.” He can’t care about us and our situations. “If [he’s] involved with [us] on a personal level, [he’s] going to care. That’s part of [his] nature.” That’s why he isolates himself from us.

“If you really want to be a good human being,  if you truly want to test your humanity, all you need to do is become like a little child again — have a broken heart and a contrite spirit — and see if, in so doing, it brings you joy.” “Little children are a true reflection of our true basic humanity. If we could stay like that and incorporate adult things into it, we’d have a better world.” We need to “throw everything out, forget and forgive everything that happened to [us].” Little children play. They don’t think about how things changed their lives and they don’t share those things with others.

An additional note: The Peer Review Group is important. Those involved are asked to give their opinions in that venue. This is helpful for Christopher.