CWC — I will prove through scientific evidence that humans created the universe … and all things. 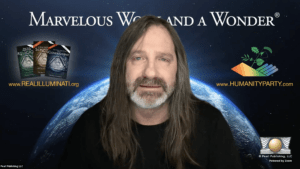 Science describes the beginning of this universe with the Big Bang Theory. However, they don’t know what created the Big Bang. Dark matter, by itself, does nothing until something acts upon it, turning potential energy into something. The sun is a machine that sucks in dark matter and produces kinetic energy.  The sun works in conjunction with matter that already exists. The sun in and of itself cannot directly create matter. If there was only a sun existing in dark matter, nothing would be created. What created the sun and the planets? Humans.

Human beings are the greatest compendium of matter that could possibly exist. Humans use their intelligence and learning to create new things. Humans have the ability to create incredible machines – steam engines, combustible engines, jet engines, nuclear engines, etc. They use machines to control light and heat and create new elements. Advanced humans were responsible for creating the sun, the earth, the moon, and all the planets. They are continually creating new suns and planetary systems to benefit humans, expanding the universe. There are some highly advanced, intelligence human beings called Overseers who have incredible powers to do anything but they use it only in support of the reason for which humans exist. One day, science will again (as in past dispensations of time) figure out how to create a new moon or planet, further proving empirically that all creation comes from humans.

The Marvelous Work and a Wonder®, as described in Isaiah 29 and plagiarized in the Book of Mormon, 2 Nephi 27, presents Real Truth®s which confound the “wisdom of … wise men” and “the understanding of … prudent men.” This information is provided free of charge to all. The only things that will come between people and their ability to accept this information is their own pride.

LIVE comments made during the shows are available on YouTube about 24 hours after the broadcast ends.