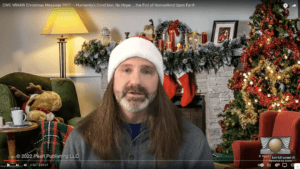 Christopher began this Coffee With Christopher with a YouTube video, a true story which portrays a message of hope and demonstrates the True Spirit of Christ which is given to every person who comes to this earth. This spirit of good will towards others has, unfortunately, been replaced with pride and arrogance in one’s religion, church, family, community, nation, and/or sports team. This is why there is no hope in our world today, demonstrated through the following examples of current events:

The Real Illuminati® did many things to try to help the world, all of which failed. A New American Scripture explains the purpose of the Book of Mormon and how it could have helped our world but, instead, it has been misused and transfigured by The Church of Jesus Christ of Latter-day Saints. This church is corrupt, blind, and deaf which Christopher proved through their own scriptures. After all other efforts, the Real Illuminati® sent a letter to the leaders of the LDS Church, offering to meet with them, which was refused. The Real Illuminati® are no longer upon this Earth. Christopher, alone, is now responsible for providing the information that is needed to save this world, eliminating any excuse that it was not available.

The first step to saving this world would be to eliminate poverty, which is the only reason why any religion or political group should ever exist in this world. Christopher can and will teach us how to do this perfectly, without impeding anyone’s free will, and according to the law. He can teach us how to create the kind of constitution that the Jesus whom Christians claim to worship would create. Christopher is the only person on this planet that can tell us what to do to solve all of society’s problems and we can support him and this work by never voting for a corrupt politician. We should always write in The Humanity Party® and study and understand its plan.

During the monthly Zeitgeist shows, Christopher will explain the Real Truth® about everything and why these things that are happening are okay. We can continue to have hope in our own lives, despite knowing the world will be destroyed. 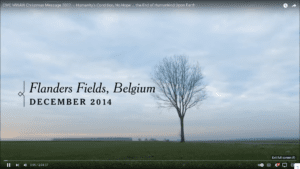