Judging yourself as a human being — What does this mean? How is this done? Why is this necessary? 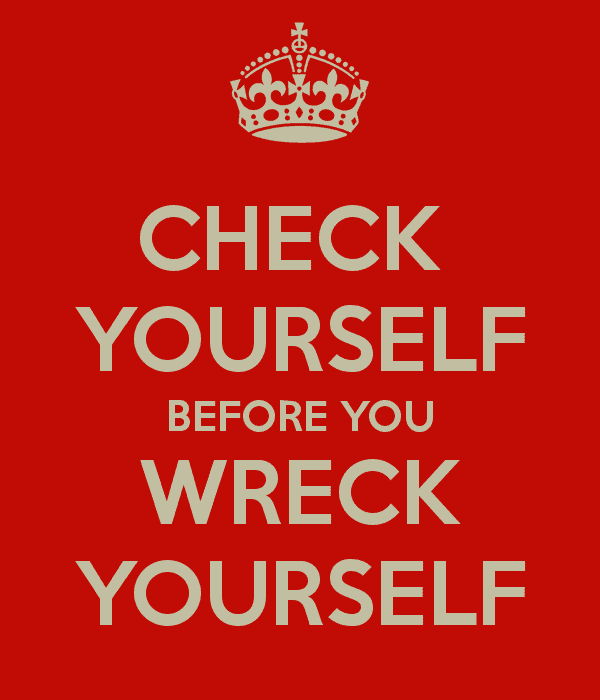 There’s only one judgment … AND ONE JUDGMENT ONLY … that anyone will ever make about their own life experience:

How did my life — my own acts, what I did, how I acted when given the choice to act or not to act — affect the life of another human?

For now, one need only accept that their mortal experience is a true and authentic reflection of their chosen humanity type … And I’ve yet to explain what “humanity type” actually means in relation to the human experience.

ALL humans will be forced to accept the fact that they will judge themselves by each and every act that they did as a mortal, with which act the person was comfortable and received personal satisfaction and happiness.

Often, mortals do things that they immediately realize are not good things, and the act ends up causing them to feel bad about what they did.

But if a mortal doesn’t feel bad for an act that they did, and the act negatively affects another human’s existence, the mortal will have to accept the full responsibility for their act, and the fact that they are not as good of a human being as they might think … and this will be the case of most people who live out a mortal experience upon this earth.

(I’ll give some easy examples of this below so that none can misunderstand.)

What you will not be responsible for, or judge yourself for, is how another person reacts to what you do.

You are only responsible for your own actions, not theirs.

NO HUMAN BEINGS WILL EVER BE ABLE TO JUSTIFY WHAT THEY DO … how they act … BECAUSE OF HOW ANOTHER HUMAN BEING CHOSE TO ACT TOWARDS THEM … ABSOLUTELY NO ONE!

Your actions reveal who you really are.

Humans are only judged on their acts. AND …

All reactions are acts.

NOPE! THAT’S NO EXCUSE FOR YOUR NEGATIVE “EVIL” REACTION!

AGAIN … ALL reactions are actions.

There is a choice that is made each time a person reacts to something in their environment.

The person does not need to react. No one can force another to react.

Therefore, the reaction is the sole responsibility of the one reacting … which, again, is a free-willed act.

Let me use some simple examples … which are going to upset a lot of mortals who think they’re good people, when, in fact, what they do is evil — where “evil” is something that negatively affects the life experience of another person. There is NO OTHER proper definition for “evil.”

On August 6, 1945, the United States dropped a nuclear bomb on Japan killing tens of thousands of innocent men, women, and little ones.

ANY and ALL mortal human beings who justified this act, who were proud of this act, who voted for Harry S. Truman in the next election, after knowing that he personally made the decision to drop the bomb — ALL OF THESE MORTALS WILL JUDGE THEIR FREE-WILLED ACT OF CONSENT, voiced or silent, as a terrible EVIL act.

Those mortals who were uncomfortable and sad about what the U.S. did to Japan set a judgment bar for those who were comfortable and felt proud and happy that the bombing had taken place.

Consider soldiers fighting in a war.

EACH AND EVERY mortal who fires a weapon at another human being, with the desire to kill that person, REGARDLESS of the reason why, regardless of whether the act was in self-defense or not, will judge themselves for committing an evil act against another human being.

On the other hand, soldiers who hate war and wish with all of their heart that they didn’t have to fight, feeling terrible that they are soldiers, will not judge themselves negatively.

ONLY EVIL HUMANS ARE PROUD TO BE SOLDIERS!

Now, let me give some very easy-to-understand examples of some acts that most have done, but would have never considered to be evil:

A man is hiking in the woods. The man is attacked by a bear or a wolf. Obviously, the act of the bear or wolf causes the man to experience something negative, especially if he is eaten alive.

If an elephant tromps the garden of a human being, or in any other way causes a negative human life experience, EVERY PERSON who supports the existence of elephants and refuses to eliminate them so that the elephant will not negatively affect another’s life experience — every elephant lover and supporter — will judge their mortal acts as being evil.

In the above case of animals, I will explain (one day) how all the animals (and plants) came to be — BECAUSE ANOTHER HUMAN CREATED THESE TYPES OF ANIMALS IN ORDER TO CAUSE SOMEONE THEY DIDN’T LIKE STRESS.

What humans have yet to discover — because the proud and egotistical ones among them (called scientists) have a hard time accepting this Real Truth® — is that HUMANS WERE HERE ON PLANET EARTH LONG BEFORE ANY PLANT AND ANIMAL WAS.

(Consider this … If we had the opportunity to create a new earth exclusively for the human experience, what human in their right mind would create a plant or animal that would harm another human?)

And now we get to religion …

There are so, so many examples I could use to show how evil religion is, but here are a few major ones relevant to our current world:

If your church gives a lot of charity to poor people in a location outside of where you live, and, in providing clothes, food, or other help directly from your economic infrastructure (the businesses that provide the charitable item you send to the poor people),  your charity destroys the local economic infrastructure of the people who you believe you are helping … you will judge yourself as committing an evil act.

One might suppose that then the good act would be providing the poor people with cash so that they can buy whatever they need from their local economic infrastructure. But if, in providing cash to poor people, they choose to buy drugs or things that they do not need, then, in providing this cash assistance, allowing the poor to do something that will negatively affect their life experience, you have committed an evil act, and will judge yourself accordingly.

You pay 10% of your income to your church as tithing. Your church takes this money and builds wonderful and beautiful temples (houses of God) into which ONLY full tithe payers and faithful members can enter. In these temples, you proclaim to the world that the religious ordinances that you receive in these temples are the ONLY way that a person can remain with their beloved family, in God’s highest kingdom, forever.

You are causing all non-members to feel bad that they can’t have what you have. You are creating a negative impact on your community by pridefully proclaiming these things and not allowing non-members to enter these temples.

Shall I go on?

Here’s a real experience that happened to a couple of my friends (supporters):

The wife made a sandwich and left the knife covered in mayonnaise in the sink. This act caused her husband to react, which became one of his free-willed acts. The husband didn’t need to act on his wife’s act. But he did. Because he’s a dick.

As a dick, the husband acted.

The husband got on his wife’s case for leaving the knife covered in mayonnaise.

His reaction was negative and caused the wife to react negatively, and a fight ensued.

The husband justified his act by claiming that he would not have reacted in that way, if his wife hadn’t left the knife covered in mayonnaise in the sink.

The wife blames her husband for being a dick and reacting the way that he did.

Who is the evil person in this scenario?

Each is responsible for their free-willed acts; and, after they die, they will condemn themselves for acting in that way … in ANY way that caused the other a negative experience.

Did the husband feel bad, immediately, after the incident? If he didn’t, and he justified his reaction, he will know (as his True Self) that he cannot be trusted to have an intimate relationship with another human being.

His ETERNAL PUNISHMENT is that he will realize that he cannot be trusted to act in a way that serves the best interests of another.

And this “punishment” is ONLY recognized as a punishment because he knows that there are other human males who would never react the way that he did. And, if they did react that way, they would immediately recognize that they weren’t comfortable and happy justifying their evil act.

Well did we legally trademark the following Real Truth®:

EVERYONE IS RIGHT. WHICH MAKES EVERYONE WRONG.®

EVERYONE THINKS THAT ANOTHER IS TO BLAME FOR THEIR ACTIONS. WHICH MAKES EVERYONE A DICK OR A CUNT!

Don’t be a dick or cunt.

Don’t be an evil person.

And I love how the Real Illuminati® presented this lesson in their new American scripture for the evil people who justify their evil acts that cause others to feel bad:

“Wherefore, take heed, my beloved brethren, that ye do not judge that which is evil to be of God, or that which is good and of God to be of the devil.

“[*]For the natural man [or woman or husband and wife] is an enemy to God [all that is good], and has been from the fall of Adam [or rather, since humans have been alive upon this earth], and will be, forever and ever, unless [they yield] to the enticings of [their True Self], and putteth off the natural man [or woman or husband and wife]  and becometh a saint through the atonement of Christ the Lord, and becometh as a child, submissive, meek, humble, patient, full of love, willing to submit to all things which the Lord seeth fit to inflict upon him, even as a child doth submit to his father.”

There isn’t a child on this earth who would act like evil adults act.

There isn’t a child on this earth who would condemn a gay person or a teenager for acting upon natural desires.

There isn’t a child on this earth who wouldn’t want to play with another child inside the walls of a temple designated as a “House of God,” which, in reality, should be a “House of Good” NOT EVIL!

Before you wreck yourself!