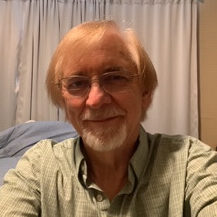 The story of my past life started with religion. I was born the 5th boy in a Missionary Boot Camp in Florida. We moved to Costa Rica, then to Panama.

Basically, my life evolved around religion.

Chepo, Panama, was utterly poor. Dirt roads, mud houses, no plumbing, no electricity, no cars, one tiny food market made of tin, and nothing to entertain curious young kids. But, oh what fun and trouble we got into!

At 18, I moved to the States and a friend I had met told me about the LDS church. I took the lessons and I felt there was something to the Book Of Mormon, so I joined the church.

My life began to evolve around everything Mormon. I was all in.

Then, leadership positions. (where I learned I’d rather teach Primary kids)

I tried staying close to the teachings of The Book Of Mormon. But, also the church. And that was becoming a challenge.

Then I had many more disappointing experiences in leadership positions.

I befriended many coworkers – most of whom were Mormons.

As I gained their trust, they told me about their “other life” and secrets. According to the church, they should have failed a temple recommend interview. But they continued going to the temple. I was bewildered and discouraged. Most everything I was seeing in the lives of some church members was not in line with what I was reading in the Book Of Mormon.

There were a some exceptions. A few members were peaceful, gentle, and kind. They didn’t say much, and I loved their gentle natures. They smiled a lot. I loved their smiles.

One day, I picked up a free newspaper at Whole Foods and while eating lunch, I flipped through the pages. One article was about someone saying they had translated the sealed portion of The Book Of Mormon.

That night, I searched for it and found and downloaded the PDF.

As I read it, I felt the same way I had when I read The Book Of Mormon. All I could say was, “Wow”. And keep reading.

Then I found The Humanity Party. I was excited. Finally, someone has put out a plan to make things happen. It made complete sense to me. We could actually live in a world of no poverty!

Who wouldn’t want that?

In the “Mormon fashion” of doing “missionary work”, I told family and friends about the Humanity Party . They would nod their head, but no excitement. No one asked for the web address. I was perplexed. I thought that was a central issue that Jesus Christ taught.

So, I kept reading and found a website of like-minded people.

I found the words of Real Truth.

My life before finding the Real Truth was just a comedy of errors and ignorance.

I have no ill feelings towards my friends and family in the Mormon Church. I feel kind and respectful feelings to all of them. Especially those quiet, smiling, and gentle ones.

I now have added friends around the world who want to see poverty end.

I am fully committed to all the work of the Real Illuminati.