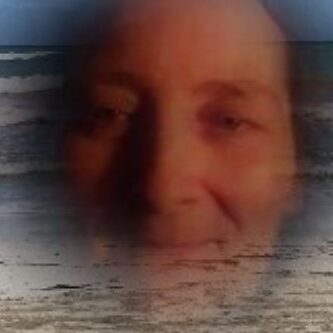 I will try to keep my story about my search for truth as short as I can since it did start almost as far back as I can remember. I was raised by an Irish Catholic mother and I was one of five siblings four girls and one boy. My father did not attend church so as a young child I questioned that but it was not a question I was allowed an answer to. I got many a spanking by asking it however because I didn’t want to go either! It just didn’t seem fair lol. I spent kindergarten in a public school and then first and second grade in a Catholic School. Something happened and we were all taken out of Catholic School, thank God. By then for me the damage was done. I was already far more terrified of God than I was of the devil and I was incessantly reminded at home that the only reason I wouldn’t be going to hell was because I had been baptized as a baby. Instead I was going to a place called purgatory which to me didn’t sound much better than hell. I can remember thinking of my soul looking just like Charlie Brown’s Halloween costume. A once white sheet with black holes all over it. I had no idea where those blacks spots came from but I was certain they would cover any white left soon.

I had also figured out by that time that there was something very wrong with church/religion. It was a horrible experience every Sunday, for our family at least. I also remember leaving the church one Sunday with my mother and my four siblings. That morning I saw two men get into a fight. One man as he was leaving church had accidentally backed his family’s car into another man’s family’s car as they were leaving the church. Both cars had small dents in them. While that big fight between the two men was going on, my very young brain was wondering why this didn’t make any sense. We all had just walked out of that huge grand church where we were told to, “Do unto others as you would have them do unto you.” That day I understood that something about church/religion was very different than what we read in the bible. I discovered many more differences, between the bible and religion, as time went on as well. Figuring that out at a young age did not stop my fear of God though.

When I was still small enough as a child that a door knob was above my shoulders and I was not strong enough to get the door open when someone had closed it on a towel LOL, I had what I can only call a vision or a very different type of dream. I say that because I am 99% certain that I was not asleep when it occurred because it was a warm sunny day and I wanted badly to go outside to play. I did not connect that experience to anything religious. The experience caused me to be quite upset although the woman in this vision/dream was the most beautiful and caring person I have ever been in the presence of to this day. I screamed and kicked at the door to my room until my mother finally came and opened it. I tried to explain to my mother through my excitement and tears about my vision. She was not listening to me until I told her about that beautiful woman. She stopped pushing me back in the room at that point long enough to ask me what the woman’s name was. I remember trying my hardest to interpret what that woman’s name would be and the best I could come up with at the time was Earth mother. At that point I got slapped upside the head and told that I was just like my father and the door to my room was closed again. I understand now that had I called that woman an Angel or the Virgin Mary my mother might have had some interest in what I was trying to tell her but I did not understand that at the time. I wouldn’t have changed the name I gave the woman or thought it had anything to do with church because it simply did not.

I believe those experiences are what started me on my search for what was real and what wasn’t in the world around me. That was the age that I started looking for who we are, why we are and what we are here for. I had an open mind to everything and I explored absolutely anything I could get my hands on that tried to answer my questions. Much of that material was religious in nature but from religions all around the world. I also read everything I could find on every theory of where human beings came from that I could find. I had an open mind because I simply had no idea. I was curious about that woman I encountered when I was so little and several other experiences I have had later in life.

Here is a small glimpse of some things I found in my search. I think I was first introduced to the concept of reincarnation or past lives with a book I read when I was about 10 years old. I remember the title being “Many lives, many Masters”. Conversations were not had in our family between children and adults. I learned early that my questions usually got me into trouble and also were answered with lies. The lies I discovered later as I got older. I read about Scientology and attended some activities there with my eldest sister. I also met a very old man through a young friend (not involved with Scientology) who told me he knew or had known L. Ron Hubbard personally and that Scientology was all BS and just more of his sci-fi writings. The old man’s name was Ray Bursquest and he told me about how it was made a church to protect the money and other things. I was only 13 or 14 at that time so I don’t remember all he said. I was also a pupil of Maharishi Mahesh Yogi in Transcendental Meditation. I practiced that consistently for a couple years before slowly becoming disinterested. I honestly devoured everything I could find. That includes UFOs, space aliens, the Urantia Book of course and much more.

My father had had several massive heart attacks and then had a lung removed due to cancer. We lost him to a gun shot wound to the abdomen when I was 12 years old. At that point I was pretty much on my own and left the area I was raised in when I was 15 years old. Although I spent much of my time surviving from 12 years old onward, I still read everything I could find in my search to understand life. I was aware of The Book Of Mormon early on, interestingly I could never find one. People laughed at me because I was looking for the book and because I could not find it. Most people could not get rid of the missionaries trying to give it to them! Not me lol. I got into science for many years after I concluded that all religions were mostly fictional. So for many years I learned all I could about science. I was really interested in how the universe came into being and the evolution of life. I also got very interested in quantum physics and string theory. At some point I began to find science unfulfilling. Science didn’t seem to be giving me the answers either. I was finding mostly theories and no real facts. THAT is when I finally got the BOM. I think I was in my mid 30’s or around there by that time. I was very excited to finally have that book! I have many stories about my failures to catch the elusive BOM :)

This is were the story gets really long so I will try to jump through the details. I spent several years with young eager to teach missionaries coming to my home. I went to several church functions each year but most of my time was spent with ever rotating young missionaries asking them questions and they also would play with my son (Bonus!). I read the BOM all the way through starting the night I received it. I’ve read it countless times since and in many ways. I found it very interesting and entirely different in feel than the bible. I discovered that many of my questions could not be found in the BOM. The elders told me those answers were in other books that went with the BOM. They refused to let me see those books. My reaction to “secrets” was not good and things slowed down. I never joined the church. I discovered I knew many LDS people all those years I had been looking for the BOM. Why was it so damn hard for me to get that book? It wasn’t until the elders were taken away from me and were replaced with sister missionaries that I got the two other books. My interest was reignited. This went on for years. Then the missionaries stopped coming. I was very sad but I was still interested.

I still had interest in science and would spend my time between that and reading the LDS books. Something was missing. I was getting bored with both science and the LDS books. I went looking on-line for more information on the BOM some years later and accidentally found The Sealed Portion, The Humanity Party, and The MWAW. I had found an entire library of new information. I was jumping around reading everything. The Humanity Party was my first real interest in government. I love it. I haven’t been able to find anything wrong with it. It seems to be everything we need so badly now in this world. I am still reading all the information and can not get enough. I have been trying my best to follow this information now for years. I am a sponge for this work. I fear I would shrivel up and blow away without it. There is nothing else I have come across that answers so many of my questions. I still feel like I know nothing after a lifetime of searching but I finally know the answers exist. All the people I have met through the MWAW are incredible, eclectic, warm, and caring human beings.

I hope this tells a bit of my story in an understandable way. If not, feel free to ask me.