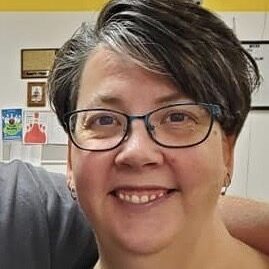 To the ones who are reading this to try and figure out what these books, videos, and information are all about, I was once in your shoes. I too struggled at first to know what is real and what is not. I can tell you from my own experience that I could not come up with the answers on my own. I was not finding answers in my own church, nor did I dare ask the questions I had for fear of what would happen if I did. I didn’t know anyone who had answers that made sense to me even thought they claimed they had answers. No politician could give any solutions that seemed like they would work. They were too busy blaming the other side of the isle. I found that when I searched the internet I would find so much negativity towards my church and religion in general and politics that it turned me off to wanting to listen to such hatred.

At the time that the Marvelous Work and A Wonder came into my life I had just gone through 4 years of heart ache starting with the death of my husband’s little sister. A year later I lost my mother to brain cancer. I became the caregiver to my father with Parkinson’s and then my sister became a widow shortly after losing mom. My marriage had been falling apart and I was checking out because of feeling so overwhelmed with having to take care of everyone else. I was a horrible mother because of all that was happening. Then my dad passed away.

After losing my dad it was time to turn things around. After receiving a little bit of an inheritance and knowing how miserable my husband was in his job, I agreed to let him quit so that he could do some repairs on our house. How he found the work is his story to tell, but what I can tell you from my own observations was that my husband Jon, who could at times be harsh and angry, was suddenly nice and agreeable. After 3 weeks of this new behavior he finally told me that he had found the Sealed Portion of the Book of Mormon on the internet. My reaction was not so nice. I decided that I had to prove to Jon that he was being deceived. So I started looking into things myself. I again found so much negativity. There was so much negative information out there. I found information about an old lady that had been swindled out of her money and I told my husband about it. He said he had seen it too and asked me just to pick a book and just read that. If I still thought he was being deceived he would leave me with the kids and still hand over his paychecks but he would not stay if there was going to be contention.

That scared me. I felt that I had a lot to lose. What was it that was so important, more important than me, the kids, or our eternal salvation. I was scared. I didn’t want to lose my sealings in the temple to my family. I decided to watch the video that Jon had found about Ida Smith, the “little old lady that was swindled out of her money.” I found that she was no victim. She was intelligent. She was cognitive. She was fully aware of what she was doing and she had no regrets. She was a strong woman that was not being taken advantage of in any way. Then I realized that all the things I had been reading was so full of hate. It was time for me to look at the books for myself with a softer heart.

As I started soaking in all this new information I started to realize that there was no hate or negativity in any of it, and the most thrilling part of all was that it made sense! It answered all of my questions that I didn’t dare ask my church. It offered solutions to the problems in the world that made sense! Solutions that will work explained clearly so that even I could understand them! At a time when I felt completely defeated by life, this gave me hope! The pain of the heartaches that I have felt in the past are no longer painful. My patience, empathy, kindness, understanding, perspectives, and humility has grown. I have self reflected a lot and realized just how prideful I have been, and how much I believed that I was always right. I had my pride confronted recently and as much as it pained me in the moment, it was exactly what I needed to truly be set free of the rest of the burdens that I felt in my life. The hardest thing I have ever done in my life was to admit that I have been so wrong about so many things. But once I allowed my heart to be broken in this way I was able to gain strength from it. My heart is no longer broken. It has only grown with love for those that I once felt had wronged me. I can love and accept anyone now without having to agree with or like what they do. They are just doing the best they can with the information and life they have been given, as am I.

I still have a lot to learn when it comes to Real Truth but the more I learn, the better I feel! This Marvelous Work and A Wonder has given me understanding about things I didn’t think I would ever understand in this life. It has helped me learn to love and forgive and feel peace about things I thought I would never get over. The Humanity Party has given me hope in a world that seems to be beyond fixing.

To sum this up with one phrase I would say this…