“The United States of America [the wealthiest nation] and the Church of Jesus Christ of Latter-day Saints [the wealthiest church] are the most wicked nation and church upon the earth! … Both could stop child sex trafficking in less than a week” and “neither is doing anything to solve the problem.” As proof of the above statement, Christopher shares a news article called “Philippines Sees a Pandemic Boom in Child Sex Abuse.” This article describes the growing problem of children being sexually abused and exploited in the Philippines as a way for parents to try to provide the basic necessities of life to their children. This is happening primarily because of “grinding poverty.” In an attempt to stop the problem, the government locks the parents up, taking away their children. What does this do to the children?

Christopher offers an alternative solution: “Have you considered solving this problem by providing the parents with the means to procure the basic necessities of life without parents having to sexually exploit their children, or children being separated from their parents?” The Humanity Party® provides a detailed and unchallengeable solution of how to end sex trafficking in one week. The link to the video is provided below.

Christopher’s job is to confront the hypocrisy and great evil that this country and Church and those who support them are causing. They “are directly responsible for what is happening, not only in the Philippines, but in many other poor countries of this world!” The solution has been presented and is being ignored. We are warned: “You either solve this problem or I promise you that the true god of humanity is going to punish you and your children!”

Below is the proof that the United States of American and the Church of Jesus Christ of Latter-day Saints (LDS/Mormon) are the most wicked nation and church upon the earth!

The United States of America is the wealthiest nation upon the earth.

The Church of Jesus Christ of Latter-day Saints is the wealthiest church upon the earth.

Both could stop child sex trafficking in LESS THAN A WEEK.

Neither is doing anything to solve the problem.

Poor families are being forced to sexually exploit and prostitute their children in order to procure the basic necessities of life — nutritious food and water, basic clothes, basic health and mental care, and basic education.

“For years, when their neighbourhood [sic] was asleep and much of the Western world was awake, all four children were forced to perform live sex shows for paedophiles [sic] around the world.

“They were raped and repeatedly sexually abused on camera by their mother. Their father, aunt and uncle also took part.

“A recent study by Unicef and Save the Children estimates that around one in five Filipino children are now at risk of sexual exploitation, putting the grim figure close to two million.”

[Fedalyn Marie Baldo, a Philippine social worker] fears that the abuse is becoming ‘normalised’ in the Philippines and may become endemic in some of the country’s poorest neighbourhoods.”

What is the cause of this terrible human tragedy?

“Grinding poverty, high-speed internet access and an ability to accept instructions in English have all kept it going.

“Then came the pandemic. More than two years of lockdowns and some of the world’s longest school closures left vulnerable children stuck at home with cash-strapped parents desperate to make money.”

What happens when a desperately poor mother, who needs to feed, clothe, care for, and educate her children, doesn’t have the money to do so? What does she do? Here’s what she does:

“Amid the tombstones in this densely populated city, a family live[s] among the dead. A 36-year-old mother is on her smartphone in a small wooden hut built against some of the largest monuments in the cemetery.

“She thinks she is messaging a paying customer in Australia who is requesting a live sex show involving her three children. In truth, her texts are going to an undercover police officer.”

What is the solution of the Philippine government, the United Nations, and the world?

“As she switches on the camera, around a dozen officers rush through narrow paths to her door. The only warning is when the stray dogs start to bark.

“She offers no resistance as a female officer takes the children to safety and others start to bag evidence: sex toys, smartphones, receipts detailing overseas payments.”

When the parents are arrested and the children taken away from them, what does this do to the children? How would a sexually abused seven-year-old boy respond to the question of why he is crying during therapy sessions?

“Seven-year-old Eric giggles, showing off a broad toothless grin, as he talks about space travel in the shade of a garden, surrounded by lush, thick forest, a few hours north of the Philippines’ capital Manila.

“Eric dreams of flying a rainbow-coloured rocket to Saturn. He has just lost his baby teeth but he is small for his age. His white, checked shirt hangs off his tiny shoulders.

“‘What do you cry about during therapy?’ his social worker asks him. ‘I cry about my parents,’ he says, looking at the ground.”

HAVE YOU CONSIDERED SOLVING THIS PROBLEM BY PROVIDING THE BOY’S PARENTS WITH THE MEANS TO PROCURE THE BASIC NECESSITIES OF LIFE WITHOUT PARENTS HAVING TO SEXUALLY EXPLOIT THEIR CHILDREN, OR CHILDREN BEING SEPARATED FROM THEIR PARENTS?

YOU AMERICANS! … ESPECIALLY THOSE OF YOU WHO WANT TO PUNISH THE PARENTS AND SEPARATE THEM FROM THEIR CHILDREN! …

YOU LATTER-DAY SAINT AMERICAN PATRIOTS! … WHAT DOES YOUR GOD — WHOM YOU CLAIM TO BE THE ONLY TRUE GOD — TELL YOUR WICKED LEADERS TO DO ABOUT THIS PROBLEM?! 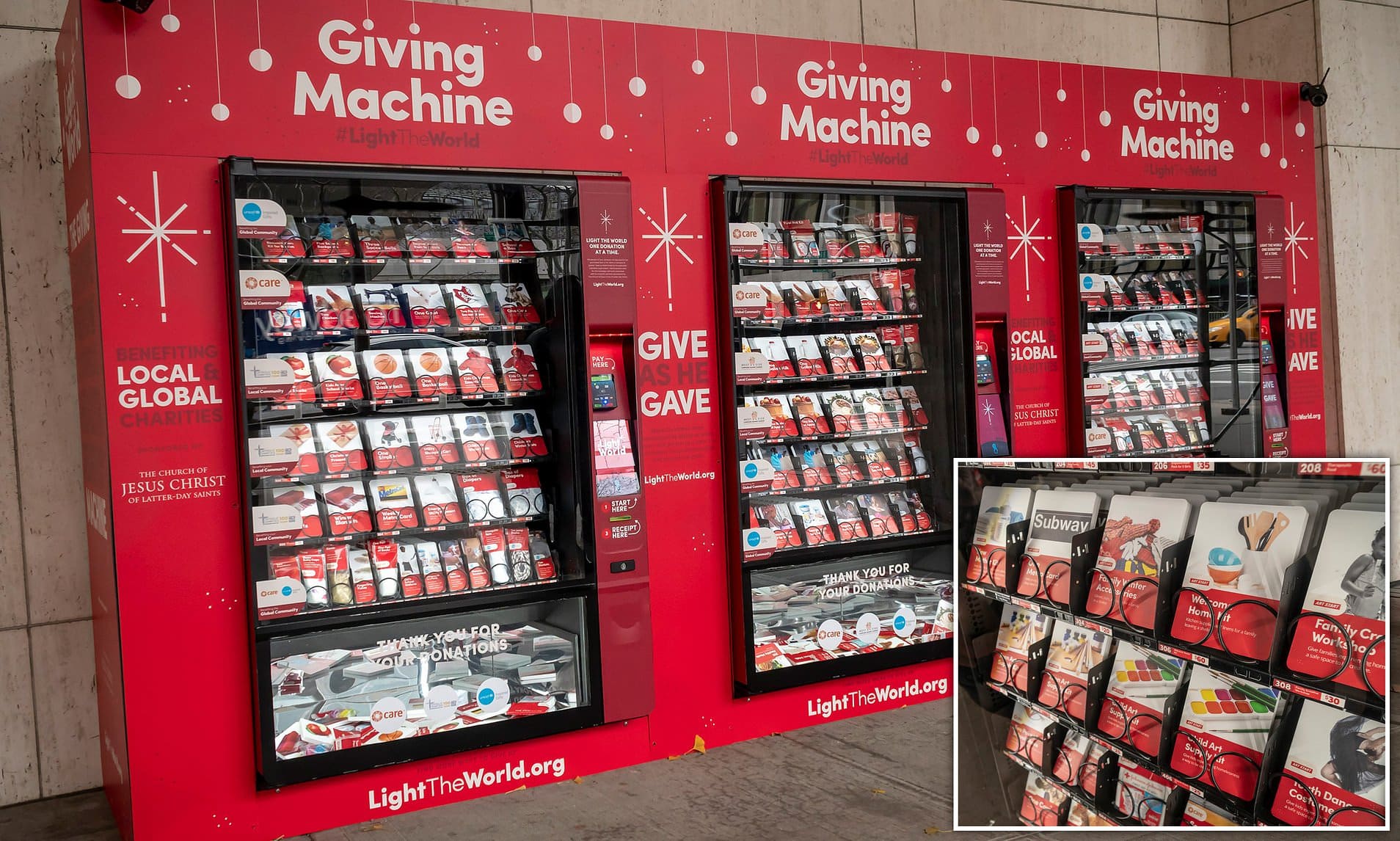 NAME ONE THING YOU CAN BUY FROM ONE OF YOUR “LIGHTTHEWORLD.ORG” MACHINES THAT WOULD HAVE SAVED ERIC FROM THIS HORRENDOUS ACT!

I AM YOUR TRUE MESSENGER SENT FROM YOUR ELOHIM AND JEHOVAH TO CONFRONT YOUR HYPOCRISY AND THE GREAT EVIL THAT YOU ARE CAUSING.

YOU ARE DIRECTLY RESPONSIBLE FOR WHAT IS HAPPENING, NOT ONLY IN THE PHILIPPINES, BUT IN MANY OTHER POOR COUNTRIES OF THIS WORLD!

Why are you directly responsible?

Because you had a TRUE MESSENGER, sent from your God and Christ to tell you exactly what you needed to do to solve this problem … not within a decade, not within a year, not within a month … IN A WEEK!

Every American, especially members of this evil church, will receive a just punishment for what they have allowed to occur.

If there was no viable solution to the problem … that would work within a week … then there would be no condemnation.

And this solution was presented to you and you ignored it!

Here it is! The UNCHALLENGEABLE solution that would eliminate child sexual exploitation without removing the children from their parents … AND WITHIN A WEEK:

YOU EITHER SOLVE THIS PROBLEM OR I PROMISE YOU THAT THE TRUE GOD OF HUMANITY IS GOING TO PUNISH YOU AND YOUR CHILDREN!