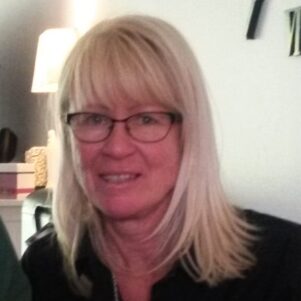 “MWAW is the most important work …EVER” along with the Humanity Party.
I can’t agree more.

I’m Vivianne DeYoung. I was born and raised in the Church of Jesus Christ of Latter Day Saints in Sweden. I was a third generation member.

The Church became a way of life for me when I was young. I became Primary pianist at 11, and had several callings in my youth simultaneously. I became ward organist at 14, and District organist at 16. When I was 19 I was the organist for the Regional Conference in Stockholm, Sweden. The Prophet and many Apostles attended. I was within a couple of feet of being able to touch the Prophet, President Kimball, but the crowd was tight. I was disappointed that I wasn’t able to touch him.

Growing up, we would walk to Church several times a week for meetings, which was about a 30 min walk. There was no time to ever get in trouble. The Church was our whole life. I thought I was fortunate to know the truth. On the weekends we would often drive for 2 ½ hours (one way) to the Stake Center for training, dances and quarterly District Conferences. I loved the Mormon Church as it kept me on the straight and narrow path. I never saw it necessary to search for truth as I was a member of the one and only true Church.

In my early twenties I came to BYU to study music and organ. My desire was to be able to serve in the Church playing the organ, if that was my calling. I also was hoping to find my husband there. I found him while we were both teaching at the MTC. We were married in the temple just a few months later. I was planning on this relationship to last through the eternities. We adopted a son, just 2 days old, three years before we got divorced after 10 years of marriage. The day after my husband had left, and had filed for divorce, I heard the following message in my head: “this needs to happen”. I was devastated at the time so the message didn’t make sense then, but did later. My eternal family was in shambles!! Well-meaning friends told me that since I was married in the temple, I would receive all blessings in the next life. It did not comfort me much. I went to the temple one more time and never went again as I was not part of an eternal family.

After the divorce, I moved from California back to Utah to be closer to family. I asked my new Bishop to include me in ward activities. He told me that I could not plan on being as included as I had been when married. This made me feel very left out as I had expected the opposite being a single mom.

Being single opened by eyes in regards to the Church. One question I had was why many Church leaders were wealthy men, so opposite of Jesus. Just the fact that they made money on books they wrote for Church members, didn’t seem right. Now I know that REAL TRUTH is free of charge. I started to notice that people with money were looked upon as being blessed in our Ward and Stake. I didn’t understand why I wasn’t blessed, and what I was doing or not doing that made me a bad person. I figured that people with money were much more righteous than I was. During this period in my life, I asked my Bishop when he thought we would receive the Sealed Portion. He said we were not worthy, as a Church, to receive it.

I met Les DeYoung in 2000. We married a couple of years later. We didn’t, however, get along the way I had hoped. We started going to Les’ uncle for counsel. He gave us a 666 book and told us that the Sealed Portion was transcribed, and could be found for free online. I thought that was strange as we had not heard about it. I had expected it to come through the Church and not an individual outside the Church. Jeffrey Holland told Ida Smith that the book would not come from someone at “Joe’s Bar and Grill”. How could it be true if it didn’t come from the Prophet? We were told as members that anything found online and not coming from Church Leaders would be of the devil. Yet, we accepted the copy of the 666 book and read it. We have not looked back since.

Wow! The Sealed Portion was exactly how I had hoped it would be. It was easier to read and easier to understand than other scripture. As we were reading, we had new questions come to our minds every day. We always found the answer when reading the following day. We had so much to learn and repent from. I was very judgmental of my fellow men until we read the Sealed Portion. We needed this book in the worst possible way to help us in our lives. The truth and mysteries we learned made more sense than anything we had previously learned while active in the Church. It was exciting to learn REAL TRUTH.

Sad to say, we hadn’t read the Sealed Portion yet when my son informed us that he was gay. He was 18 at the time. We got very angry at him as he had chosen a path the Church didn’t accept. We were quick to ask him for forgiveness once we had learned that we were in the WRONG! He’s a wonderful person and we almost lost him.

After we had read all the amazing books we decided we wanted to see who Christopher was in person. We believed everything we had read. We found an address to a Christmas party in 2009, but didn’t dare knock on the door. We figured we wouldn’t fit in so we left.

We went to the re-dedication of the Smith grave in the Salt Lake Cemetery, in November 2010. It was good to see Christopher in person and hear him speak. Les warned me that he wouldn’t be dressed in a suit and tie, and would have long hair. In other words, he would not look like a General Authority. Amazingly enough I could accept that, having learned that swearing is not taking the Lord’s name in vain as we had been taught. When Christopher swears it’s actually like music to my ears now.

At a later time, when Christopher said that the LDS Church had removed the bands from the gold plate replica in the Visitor’s Center on Temple Square, I told Les we needed to go and check it out. I needed to see it for myself. I had seen the gold plates replica there with the bands many times over the years. It didn’t make sense to me why the bands would be removed. I wasn’t sure I could trust this Christopher guy 100%, yet. Sure enough, Christopher was correct! When we asked the missionaries why the bands to the sealed portion were removed, they said they didn’t know what we were talking about. They said they had never seen any bands. After this experience I knew I could trust Christopher.

I LOVE listening to Christopher talk and am amazed at his writings. This man knows everything there is to know. He is truly a Messenger. The Marvelous Work and a Wonder (MWAW) has helped me get rid of past guilt, without having to go to the Bishop to confess! What a relief that’s been! I have also stopped judging people, and learned to accept every one for who they are. The truth has set me free! Thanks to MWAW, Sunday has become my FAVORITE day of the week, as all Sunday stress is gone!

The many years I’ve lived in the US have been very disappointing in the way that we don’t care about people, especially the poor and downtrodden. What matters most is money and wealth. It’s amazing to think that Christopher and the Brothers have the solutions to a much better world for ALL. No government nor religion have come even close to solving poverty. The Humanity Party is the BEST solution there is to help ALL people worldwide have a better quality of life.

A few years ago, doing Customer Service, for a local company, I met people from Africa and India. I learned to love these people with all my heart. I had grown up with the belief that members of the LDS Church were the only good people on earth. My eyes were opened, and my heart grew, as I got to know these wonderful people.

Wishing you the best in your own search for truth. With a humble heart and contrite spirit you will find it.